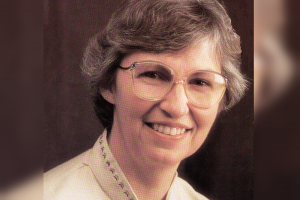 Sister Janet Mead, the South Australian nun who became internationally famous for her rock rendition of The Lord’s Prayer, has died aged 84.

While best remembered for her meteoric rise to fame in the music world, Sister Janet devoted most of her life to helping the homeless and disadvantaged.

She shot into the charts in 1974 with her international hit The Lord’s Prayer. 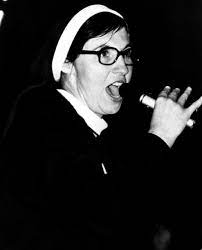 The single was distributed to 31 countries and sold more than 2 million copies worldwide.

She was the first Australian artist to have a gold record in the US and was even nominated for a Grammy award but lost out to Elvis Presley.

“I think that everyone has a song to sing really, haven’t they,” Sister Janet said.

She pioneered the concept of the rock mass in South Australia and held them regularly in the St Francis Xavier Cathedral in Adelaide.